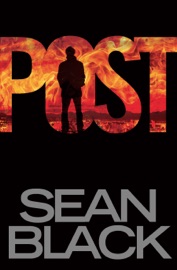 Nominated for the 2015 International Thriller Writers' Award.
Exhausted by years of combat, and haunted by the ghosts of his past, nothing is going to stop Byron Tibor returning home to the woman he loves. But is Byron who he appears to be, and why is the American government determined to stop him?
From the blood-soaked mountains of the Hindu Kush to the glittering lights of Manhattan, via the dark underbelly of the Las Vegas Strip, POST is the story of one man's struggle to retain his humanity – before it's too late.