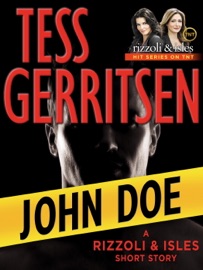 It should have been a night to remember, but Maura Isles can’t recall a thing.

Maura is longing to ditch a ritzy cocktail party, along with her four-inch heels, when a handsome, charming stranger appears. But somewhere between sipping a fresh glass of champagne and waking up the next day on her sofa lies a black hole of forgotten time. As Boston’s medical examiner, Maura regularly teams up with police detective Jane Rizzoli on homicide investigations, and Jane’s latest case makes Maura’s blood run cold. A brutally murdered man has been found in a city park with Maura’s address tucked in his pocket. Maura IDs the victim as the charmer she met at the party. Her alarm turns to terror when she learns the murdered man was a predator with victims of his own. Fearing she may be guilty of a lethal crime she can’t recall, Maura races to recover the missing hours that hold the truth—and that hide a shocking secret.