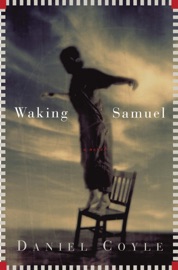 After the loss of her only son, Sara Black finds herself spending more and more time at the Seattle hospital where she is a nurse, tending to "the tall man," the victim of a gunshot wound whose identity has remained a provocative riddle-until he starts talking. As the man she knows as Samuel draws Sara into a strange and chilling story about his past on an Alaskan island, she must face some truths of her own, as well as the realization that the patient to whom she's devoted herself may not be who he says he is.