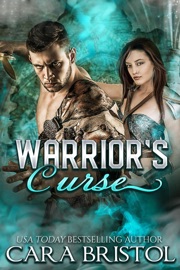 A paranormal romance inspired by the Greek myth of the Amazon women warriors….

A powerful tribe of women warriors lives in service to the Goddess, separate from men, their sworn enemies, until mating fever strikes and they must venture into the wilderness to seek mates.

Sheltered and protected behind palace walls, Princess Reena has never even seen a man. When the mating curse compels her older, wiser cousin to seek a mate, Reena accompanies her, eager for the chance to see a man in the flesh.

Reena learns how dangerous men can be.

Embittered by a terrible wrong a woman committed against him. Garat leaves his encampment to secure the water his people need to survive. When he encounters the queen's daughter in the wilderness, his need for vengeance consumes him, and he takes Reena hostage. But as her sweetness melts his hatred, Garat begins to suspect there is an evil behind the palace walls that wants Reena dead.

After kidnapping her, can he get his heartmate to believe the people she trusts the most want to kill her? Can he open her eyes to the evil force that threatens their love and her life?

Warrior's Curse is a re-release of the previously published Goddess's Curse. It has been updated with a new ending. It's a single, standalone novel with an HEA and no cliffhanger.