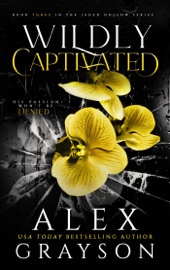 That's the only word to use for what Andrew feels for the new man in town. The minute he sees Jase, he knew he found the person he would spend the rest of his life with.

The flirtatious and outrageously goofy Andrew has a secret though. One even his closest friends know nothing about. One so painful, it's slowly withering away the fun loving guy everyone loves.

Jase has his own secrets. Dangerous ones. He's a dead man walking, and it's only a matter of time before his past shows its ugly face and threatens the ones he cares about.

Will Andrew find the courage to reveal the secret he's kept for years? And will he be strong enough to protect Jase when he needs him the most?

This title was previously published as Unveil Me, The Jaded Series, Book Three. The content is still the same.