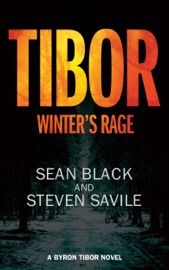 Byron Tibor – special forces veteran – is back in Winter’s Rage, the latest book from acclaimed thriller writer, Sean Black, author of the bestselling Ryan Lock series.
After years as a government trouble shooter, working in the most dangerous places in the world, Byron suffered a breakdown. Enrolled in a special DARPA experiment known as the ‘guilt-free soldier’ program, Byron’s PTSD is cured, and he is given augmented powers. But his newfound abilities leave him isolated and prone to unpredictable rages.
Now, hunted by the government, Byron has taken refuge in the remote Appalachian town of Winter’s Rage.
But Byron’s peaceful existence is about to be shattered by the arrival of a troubled young woman on the run from a violent drug cartel.