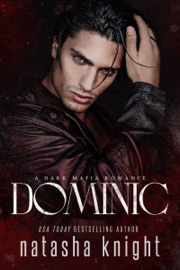 Gia was just a job. Just another girl caught in a world of monsters.

It didn’t matter that I liked the look of her.
I didn’t care that she cringed when she saw my soul.
I liked it.
I liked her fear.
And I wanted her.

Monsters didn’t get to live happily-ever-after though. I knew one day I’d have to go back. Because time neither forgave nor forgot.

And neither did I.

Old debts needed to be settled. Enemies punished. It was past time I returned to the family business. I’d been gone far too long.

All my life, I believed in fairy tales. Not the Disney kind. Never those. I always knew life was darker than that.

I was the daughter of a foot soldier. The sister of a snitch. A nobody.

Monsters had been part of my life for as long as I could remember, but none as dark as Dominic Benedetti. None as cruel. None as broken.

I had no illusions about what he was. I had no desire to save his soul. And I couldn’t care about his bleeding heart.

But love wasn’t always beautiful. It could be a twisted, ugly bitch.

I’d always known this was the kind I’d find. The only kind that could touch me.

Author’s Note: Dominic is a steamy standalone romance. He is the ultimate Anti-Hero so be prepared for a crazy, rough ride. To fully understand Dominic’s actions, I recommend reading the first book in the Benedetti Brothers duet, Salvatore.

This book is intended for mature readers. No cliffhanger and no cheating.