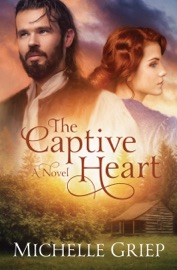 On the run from a brute of an aristocratic employer, Eleanor Morgan escapes from England to America, the land of the free, for the opportunity to serve an upstanding Charles Town family. But freedom is hard to come by as an indentured servant, and downright impossible when she’s forced to agree to an even harsher contract—marriage to a man she’s never met.

Backwoodsman Samuel Heath doesn’t care what others think of him—but his young daughter’s upbringing matters very much. The life of a trapper in the Carolina backcountry is no life for a small girl, but neither is abandoning his child to another family. He decides it’s time to marry again, but that proves to be an impossible task. Who wants to wed a murderer?

Both Samuel and Eleanor are survivors, facing down the threat of war, betrayal, and divided loyalties that could cost them everything, but this time they must face their biggest challenge ever . . .Love.