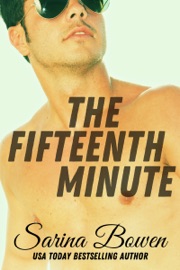 Lianne Challice is known to millions of fans as Princess Vindi. But sometimes a silver screen sorceress just wants to hang up her wand, tell her manager to shove it, and become a normal college student. Too bad that’s harder than it looks.

She’s never lived a normal life. She hasn’t been to school since kindergarten. And getting close to anyone is just too risky — the last boy she kissed sold the story to a British tabloid.

But she can’t resist trying to get close to Daniel "DJ" Trevi, the hot, broody guy who spins tunes for hockey games in the arena. Something haunting in his dark eyes makes her need to know more.

DJ's genius is for expressing the mood of the crowd with a ten second song snippet. With just a click and a fade, he can spread hope, pathos or elation among six thousand screaming fans.

Too bad his college career is about to experience the same quick fade-out as one of his songs. He can't get close to Lianne, and he can't tell her why. And the fact that she seems to like him at all? Unbelievable.